Amy Glass confused me, but I’m probably too stupid to know any better

I love a good viral drama and this has been the best/worst one since Miley at the VMAs! There’s an article about SAHMs and feminism that was published by Amy Glass this month called I Look Down On Young Women With Husbands And Kids And I’m Not Sorry and people are TICKED about it.
I’ve read it, and quite frankly, it confused me. 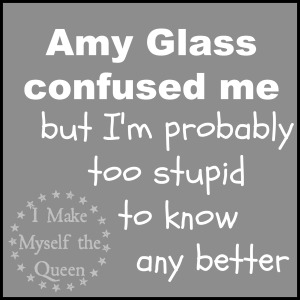 I can’t say that I know a whole lot about feminism. Just to be sure that it isn’t all about burning bras and hairy armpits; I turned to the dictionary for a definition.

fem•i•nism
noun \ˈfe-mə-ˌni-zəm\
: the belief that men and women should have equal rights and opportunities
: organized activity in support of women’s rights and interests

That’s the Merriam-Webster definition. There may be a different definition in some fancy smart people dictionary that I’m unaware of because I don’t have a college degree. According to this, the definition of feminism is “…men and women should have equal rights and opportunities” and “…support of women’s rights and interests.”
In my ignorance I would’ve assumed that meant that the rights and interests of women should be supported, whatever they may be, including the interests of marriage, children, and homemaking. But that’s not the case. The work force is broccoli and homemaking is junk food. It doesn’t matter if you like junk food better, clearly broccoli is better for you. And no, you cannot eat both broccoli and junk food, there simply isn’t enough room. Broccoli is far superior to junk food, so we should all eat that tasty-tasty equal opportunity broccoli and frown upon those who do not.

Do people really think that a stay at home mom is really on equal footing with a woman who works and takes care of herself? There’s no way those two things are the same.

I’ve never really thought about my footing much, or my feet for that matter. I only have two feet. I assume that is an equal number of feet when compared to the majority of the female population. But I don’t mind if career women have feet superior to my own. I probably can’t afford the shoes they wear anyway. 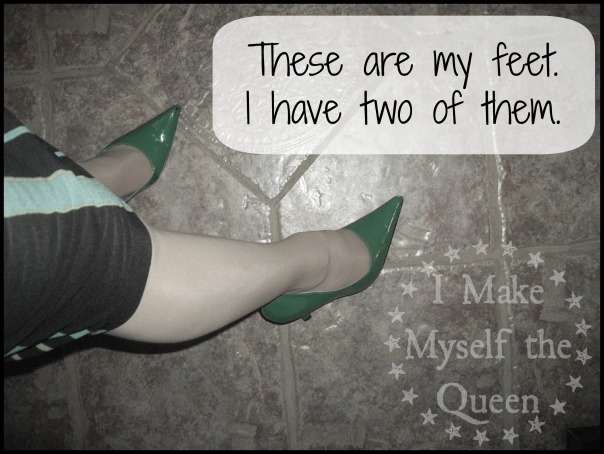 “Having kids and getting married are considered life milestones. We have baby showers and wedding parties as if it’s a huge accomplishment and cause for celebration to be able to get knocked up or find someone to walk down the aisle with. These aren’t accomplishments, they are actually super easy tasks, literally anyone can do them. They are the most common thing, ever, in the history of the world. They are, by definition, average. And here’s the thing, why on earth are we settling for average?”

I never knew it was so easy to get, ahem, “knocked up”. There was lots of banging on the door and looking through the peephole, but it still took me over 4.5 years, progesterone suppositories, and Clomid to get properly “knocked up” with my two kids. Perhaps I should’ve taken it as a sign that my place was not at home. I should’ve realized that I had an obligation to society to get a career. I thought one of the purposes of vaginas was to make babies, but I was wrong. Vaginas are for super smart people stuff like going to medical school and becoming a doctor that can do important stuff like perform brain surgery, over medicate the masses, and deliver babies. Oh. Wait. Maybe not that last one so much.

It’s really surprising that marriage equality is such a popular issue. After reading Ms. Glass’ article I can see that marriage is holding us back as a society. Serious people would never bother falling in love.
And ya know, Ms. Glass is right about how easy it is to find a life partner. It’s a snap to find the one single person in the world who fills your heart with joy. (But I’m just quoting “You’ve Got Mail”. Because I don’t have a job and I’m incapable of having a unique thought of my own).

“If women can do anything, why are we still content with applauding them for doing nothing?”

Wait, there’s supposed to be applause? AWESOME!
I don’t think I necessarily deserve any, but I’m a former thespian, so I’m kind of an applause-whore.
Go ahead and Clap it up, mutha-luvas! 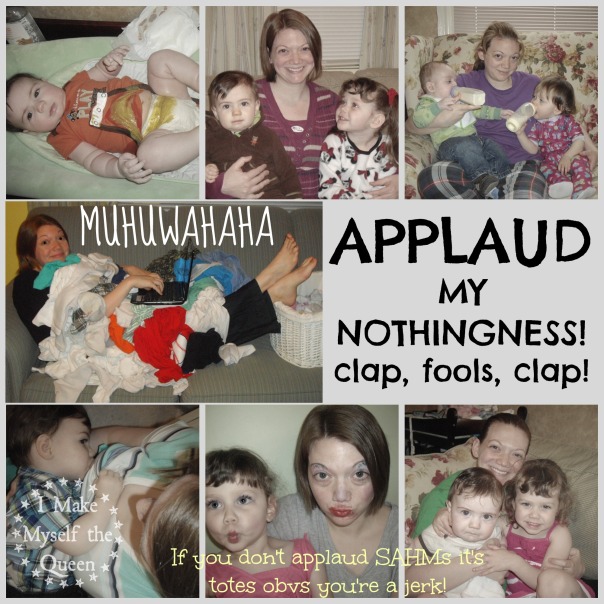 “I want to have a shower for a woman when she backpacks on her own through Asia, gets a promotion, or lands a dream job not when she stays inside the box and does the house and kids thing which is the path of least resistance.”

Ms. Glass has some pretty cool friends and I think that she should totally throw them some parties for their awesome accomplishments! 🙂
But now I’m wondering if I should bother ever celebrating birthdays again.
I mean, birthdays are mundane and average and require no skill or effort. Getting older is the most common thing, ever, in the history of the world. For reals.

Oh, I love to complain about the kids, the housework, the husband, the weather, the slow internet connection. In general I just really enjoy complaining. Because I’m a pessimist. Which is probably why I don’t have any friends. But that’s fine because then I can complain about that too.
I’m not a big fan of secrets, so I’ll just tell you now that I’ve accomplished nothing in life, mostly because I spend most of my time binge-watching tv shows on Netflix. The most intellectual thing that I’ve ever done was to successfully follow the plot-line of LOST. 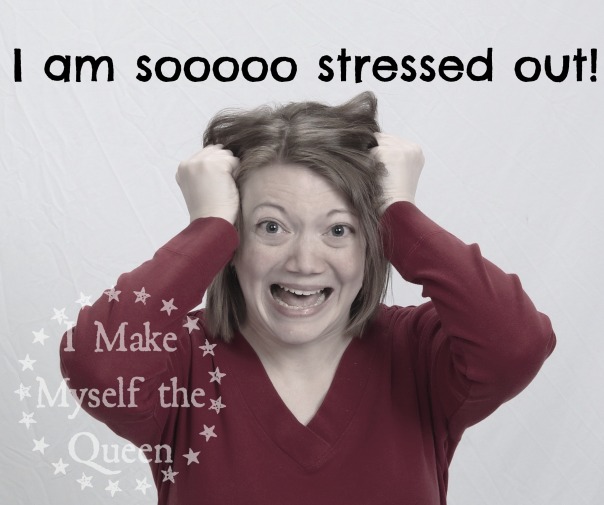 “Men don’t care to “manage a household.” They aren’t conditioned to think stupid things like that are “important.”

This part gets me the most excited! I didn’t realize how unimportant housework is. Which is awesome, because, well, I hate doing it. Now if we stop balancing the checkbook, making trips to the grocery store, and cleaning the house, that’ll leave more time for Netflix marathons.
Wait. Did I say we? I meant me, because obviously my husband would never do any of those stupid, unimportant things.
So, hey, down with housework!
The laundry can go F itself, because I’m never going to F it again!
Fold, that is.

“Women will be equal with men when we stop demanding that it be considered equally important to do housework and real work. They are not equal. Doing laundry will never be as important as being a doctor or an engineer or building a business. This word play is holding us back.”

I’m confused again. What is “real” work? Is the only requirement that you get paid for doing it? If so, does that mean it’s important for custodians, maids, and housekeepers to scrub toilets, but not stay-at-home-moms? Or is housework so stupid that it means their jobs are unnecessary because housework in any form will always be unimportant? That’s going to be a huge disappointment to pretty much every character on Downton Abbey.
I wonder if Ms. Glass does her own housework or if she has a maid?
Actually, she probably has some kind of self-cleaning house that was invented by a really important engineer. How cool is that?!

I don’t know why so many people are offended by Ms. Glass’ article. She’s doing the world a great favor by letting us off the hook in regards to housework. The next time there is a huge pile of dirty laundry and my husband doesn’t have any clean underwear I can just tell him, “The feminist said that housework is stupid, so you’re going to have to get used to wearing dirty underwear like I’ve already been doing for the past 4 years!” That is, if he allows me to speak, of course.

No. I’m not offended, angry, hurt, or upset by anything she said.
I am mostly amused and thoroughly confused.
You may refuse to excuse the language that she used,
but she’s entitled to her opinion and shouldn’t be abused!
(I apologize. Sometimes I subconsciously throw down a sweet-sweet rhyme because I read way too much Dr. Seuss.)

Honestly, what Amy Glass thinks of stay-at-home-moms and moms in general really isn’t that important to me, because I’m probably too stupid to understand what she’s trying to say anyway. My overuse of hashtags in graphics as an attempt at humor is proof enough of my limited thinking ability.
I’m off the hook anyway since she was specifically referring to “young” wives and moms and I aged out long ago.
What a ridiculously average thing for me to do!

Clap it up in the comments, mutha-luvas!

*If you’re looking to go viral, talking smack on SAHMs is a sure fire way to get a ton of hits and tens of thousands of venomous comments. Well played, Ms. Glass, well played.

I’ve had some trouble with the link breaking to the original article. If you can’t get the links to work, try copying and pasting this into your browser.
http://thoughtcatalog.com/amy-glass/2014/01/i-look-down-on-young-women-with-husbands-and-kids-and-im-not-sorry/

I Make Myself the Queen is an itty-bitty newborn blog. Please be gentle with it, wash your hands before touching it, and be sure to come back often to tell it how cute it is!

Read my family blog www.coolestfamilyontheblock.com where I pretend that I’m a good mom.

I was featured on More Than Mommies!
***This post is linked to Time for Mom / SITS Sharefest

Jenn Rian is a mom, blogger, actress, yoga instructor, and cosplayer. She blogs about as often as she showers, which isn't very often. Author of jennrian.com and funanddysfunction.com (coolestfamilyontheblock.com)
View all posts by Jenn Rian »